I just experienced a somewhat more catastrophic version of kimbuck's "cloak of invisibility" while in Online MP.  This was on Explore NA 33, just a short time ago this evening.  I was the only player active on the server at the time.

I was visiting the spawn island to leave surprises for other players (I had buried a chest with valuables on another island, and made some maps of it for them to find it.)

As I was returning to my ship, an entire section of the island went invisible (or didn't render in).  This section had lots of trees and plants, someone's home base, and of course, my ship just off the shore.  The items still had collision (I know, I ran into the other player's barbed wire fence), but just did not appear.  My ship, that huge ugly wood and stone monstrosity, was invisible.

I'm far enough along to have my propeller pack, so I flew around a bit until I spotted the anchor, and the two locks on the helm and anchor lever.  I landed on the top deck (it's a big ship; I call it my "barge").

I still could not see any of it, so I thought maybe if I log off and reconnect, it could help.

As soon as I reconnected, it KILLED me.  (It said I died from falling.)  Luckily, I was just a short distance up the shore from the spawn point, so it was an easy run to get back.

When I got there, I was greeted with this sight: 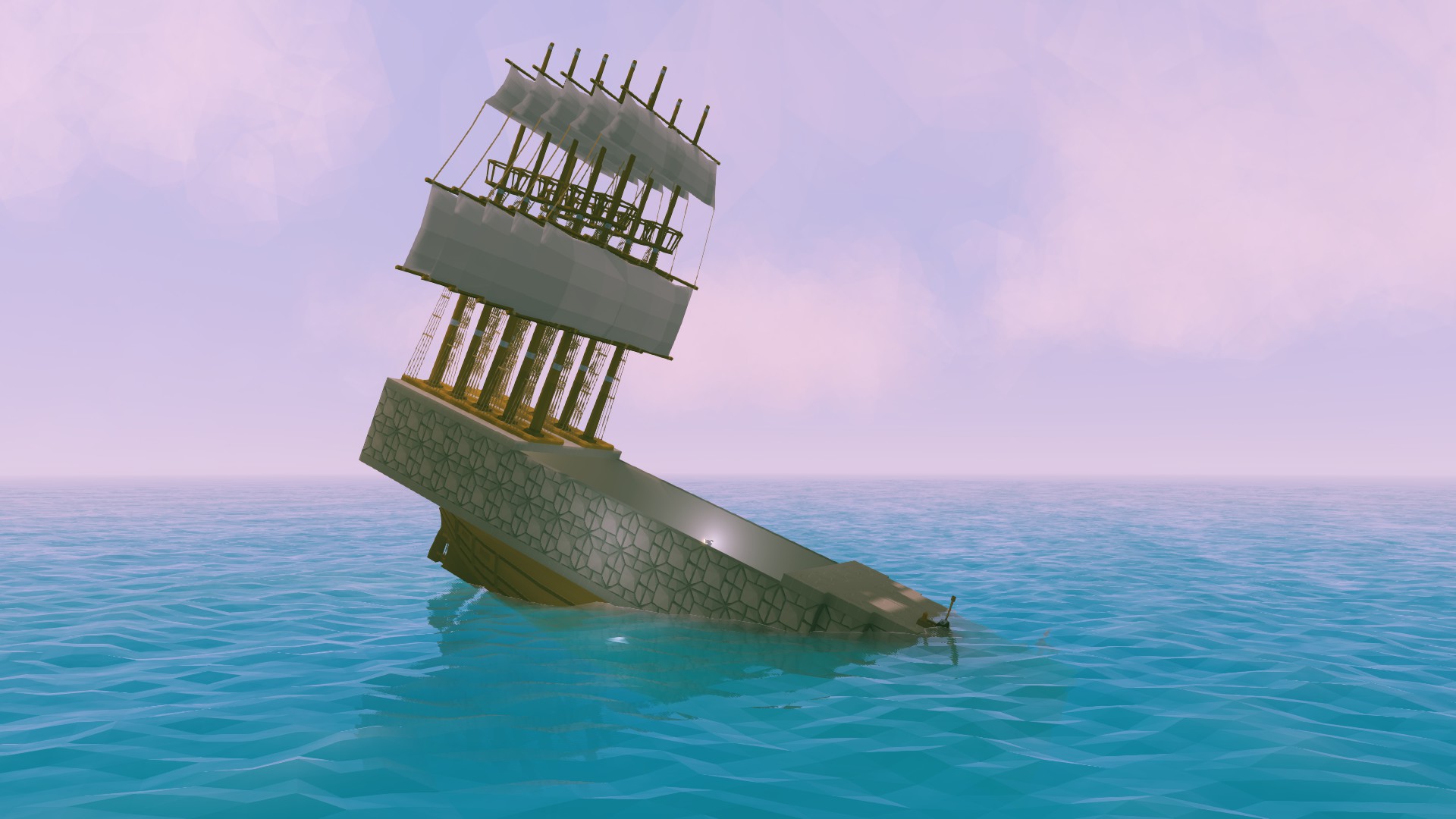 Since I died on the ship, the gravestone was on the ship.  But it was below the water for some reason, so it dragged the front end of my ship down with it.

I unlocked the controls and tried to sail it backward or forward to dislodge it, but that did not work.  It also killed me again, since the helm was completely underwater.

Then I remembered that only 1 grave stone will stay at a time, so I stored my valuables in the chests and traveled back to the spawn point.  I dropped my keys and propeller pack on the ground (both were needed to get back on the upright barge since I removed the ladders) and went for a "little swim".

With both of the grave stones gone, the ship popped back above the water, and I was able to sail away.

(At about 8 fps.  On a side note, I think NA 33 is nearly unplayable, which is sad because I really like the base I built there.)