Reporting this on behalf of one of our players on our server.

Issue: Player in Question was testing out blueprints feature when they placed the Project Table, a message "someone else is using that" appears in red text, at the time only that player was on the server, they also created said table.

The 1st time they used the table with blueprint it worked fine, however on second attempt, this message appears. They also tried a different blueprint for a second time and also had the same issue.

They go on to say that, they logged into different servers and it worked.

Info: Player describes the steps, when they try to interact with the table the message "someone else is using that" even though they were alone on the server, this appears when they try to put item(s) into the table.

Image from the player 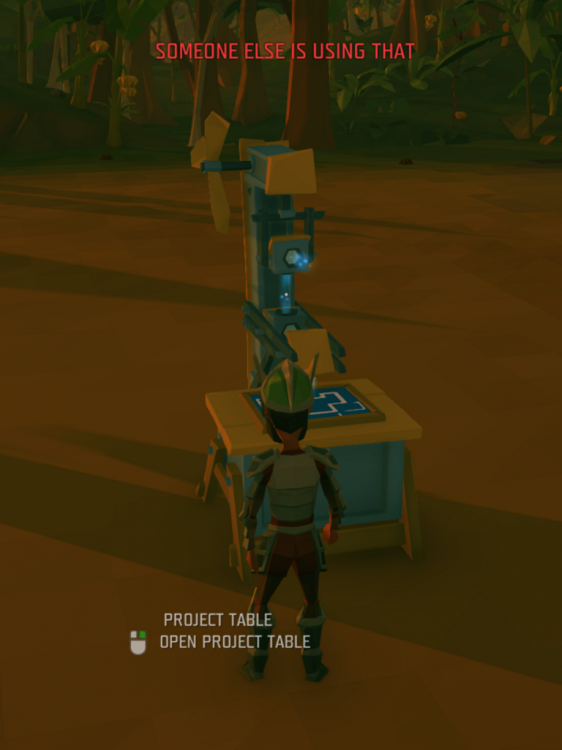 15 replies to this bug / suggestion