Nitrado Server.  We have two, one for North America, one for Europe.  They are both behaving the same.   The server will run for approximately 5-6 hours and then either stop or become unresponsive.  The memory usage will steadily climb until it peaks and then shut down.   The game is playable until then, with only the usual suspects of inventory glitches or placement features.  I am attaching a screen shot of both servers behavior while they were empty, as in no one was in game, along with the save file, .ygt, and hopefully the log files, as they are over 2 gb each. 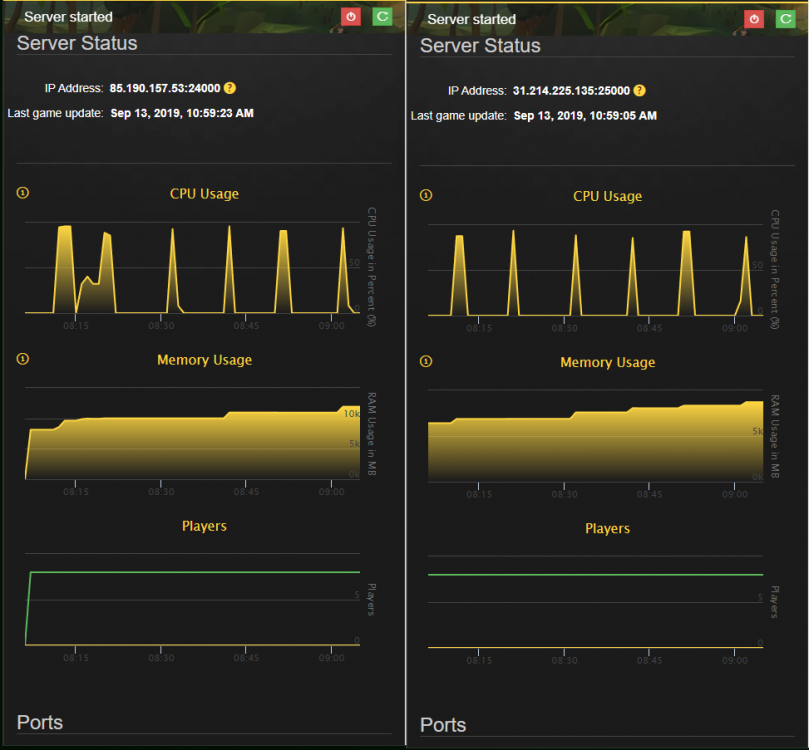