Consider turning this ship around

When Ylands released there was a palpable sense of hope and optimism about what this amazing game could become. However, new features kept getting added without the original dream being made a reality,

I know that the response generally speaking on this forum to the game is positive but I feel as though a bubble has been created.

Player sentiment is overwhelmingly changing for the negative with each update that leads away from the the original dream. I think the real potential exists for a shipwreck unless a focus is decided within the Ylands team to make the basics work before moving on.

Ylands has the most-amazing, least-toxic community of any game I have ever played. The people are awesome but such people don't like to complain and they are. 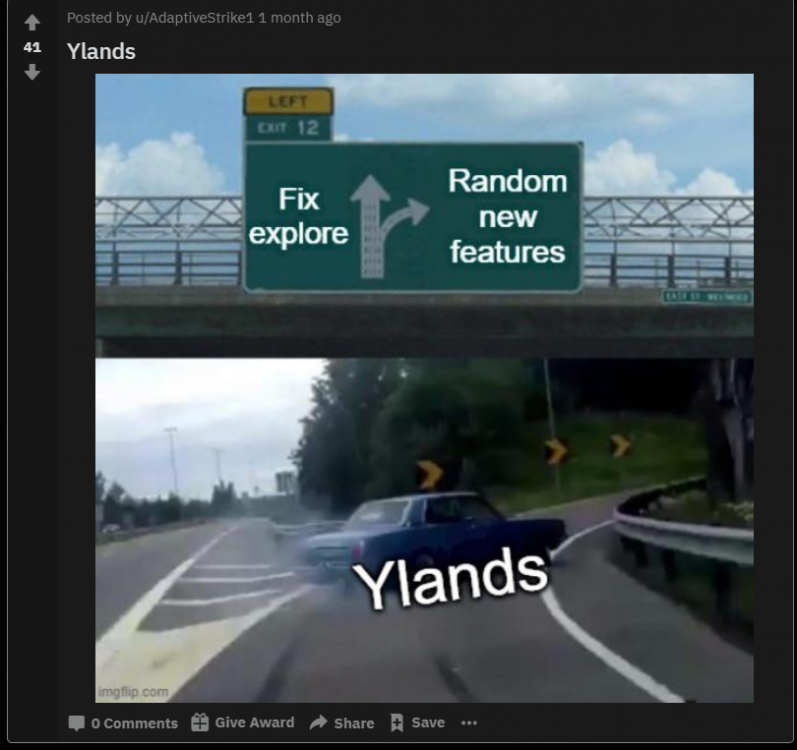 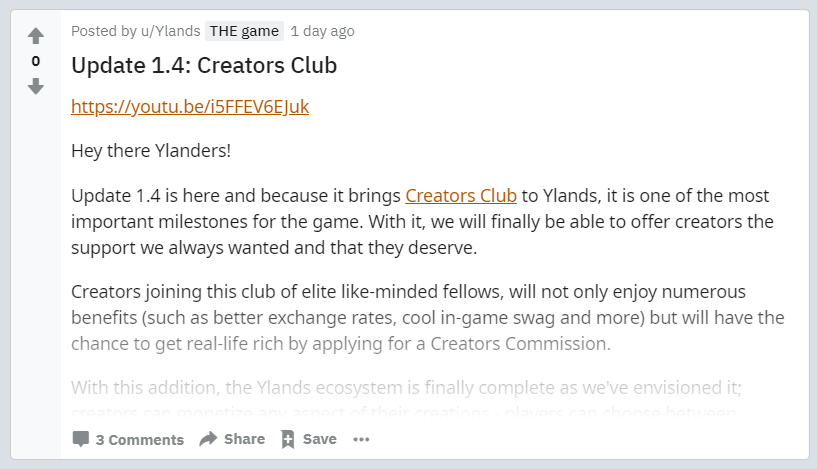 I sometimes wonder if you guys realized how excited we were about the vision originally pitched to us.

People fundamentally love the idea of Ylands, the adventure of exploring an open ocean with unique Islands together with their friends. We understood that making games as a process and it takes time and we were willing to bear with the many issues but we found that much of the energy and focus was spent on developing the editor rather than accomplishing the original goal.

I love this game so much and I really want to see it succeed but I think looking at how people are responding to things currently it would be good to take a step back and see how things could be improved.

Here are some possible ideas and suggestions:

1) Choose a focus and direction & do a great job of that while playing down the rest. If you try to please everyone you will probably raise the expectations of many people and disappoint everyone. "A man of too many friends comes to ruin." Proverbs 18:24 -- Why does he come to ruin? Because he raises the hopes of many friends and can never satisfy those hopes.

Taking decisive action and not trying to please everyone I think will give you crowd that will support you.

The marketing for this game in my mind reflects the lack of focus:

The first thing in the new marketing video is combat. Most people in Ylands hate combat, specifically the flood of kids coming in now hitting everything they can hit in the servers. 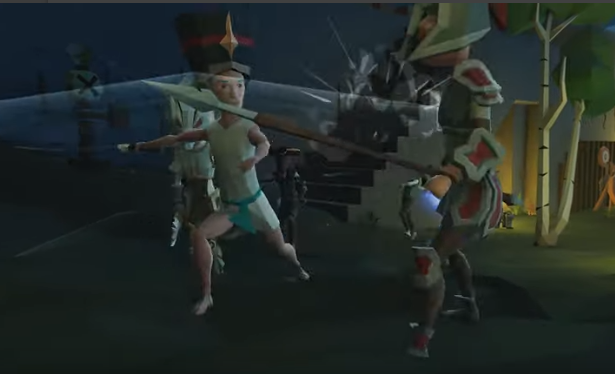 This here is what people LOVE about this game, however, it cannot be done at all on mobile so why advertise it? 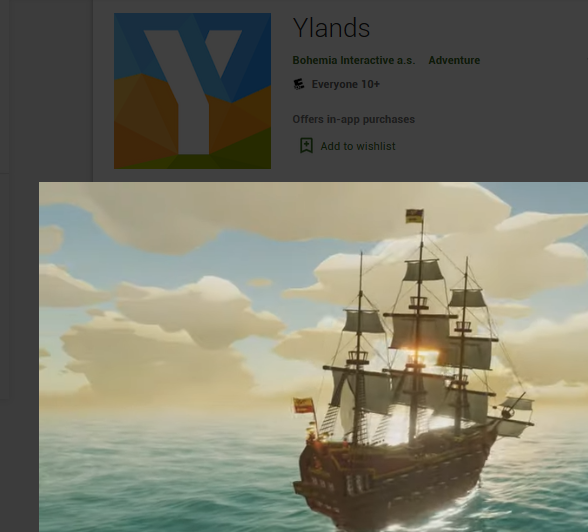 Let's look at the first slides from the mobile page: 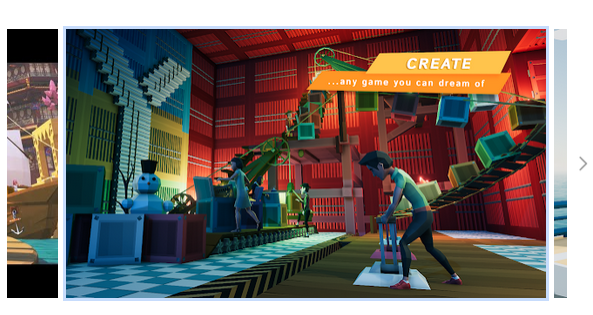 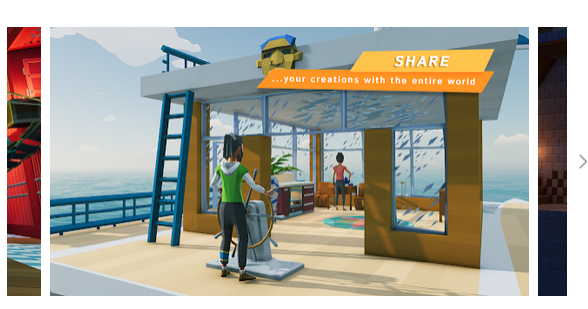 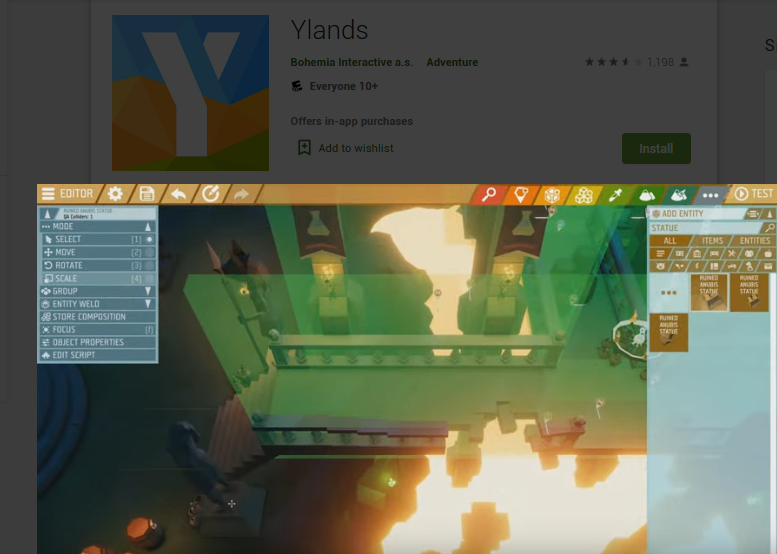 This incredible opportunity to show off the game as wasted by so many scenes of things you cannot do on mobile.

If this is a game creation platform then you should be featuring the best creations from your creators on the marketing home page and let people know "this was made in YLANDS."

If this is a social simulator, double down on that.

If this is that game we all fell in love with, make this something all of us can play, even on mobile:

This original vision had so much charm and brought so many great people to this cause. It feels like you've moved on from that without making it clear to what people are moving on to.

My personal opinion is that if you do a great job of creating an amazing exploration game you will develop a passion in the players that will go far beyond that exploration and will encourage them to make other games also but I think that in doing the editor before finishing the explore, you may be putting the cart before the horse.

When I first started doing YouTube videos I got so much ridiculous criticism and it really hurt at times but I noticed that even the toxic comments required people to go the extra mile you find what was wrong and to correct it and they helped me improve so much. Now I LOVE and ASK for critical feedback.

Here in the Ylands forum you live in a bubble. Many of the people here are not willing to rock the boat, it feels too close and too personal. However, I talk with the same people off the forum and they reveal how heart broken they are.

4) Celebrate those who are still here:

The people who don't care about this project, and about you guys, have already left quietly. Those who do create, submit bugs etc. are either new or they really love you guys and want to see this project succeed. It's pretty impractical to cater to these people forever but while you have them you desperately need more bug reports, people trying things. 1.4 had so many issues imo because no one bothers to go into the experimental branch and test. When I ask people why they are not submitting bug reports with logs it's because they don't see the changes they are hoping for.

I myself as a community creator here I never felt celebrated, I felt like every day I am trying to hold eggs rolling out of a basket hoping the basket will be fixed but rather seeing new holes added. I expressed this over and over and asked for help but none came (this is before Adam was appointed).

Celebrate your creators, bug fixers, community managers etc. They are on your team.

18 replies to this bug / suggestion