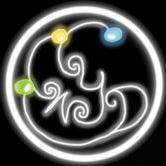 Spyler.X replied to a topic

Christal and I are doing a multiplayer pvp game, but we wanted to do something different so this has been the progress these days. We were very hesitant to make the game single player or multiplayer, so we did a test and it was so fun that we decided to take a chance with multiplayer mode, we will do a little ship battle called ★Tiny Sea★
We wanted a small stage, which we can adapt to its mobile version later and we wanted to avoid vehicles so we created our own. The idea is to do it for 10 players but that we will decide this week when we have a beta prepared and we can see how it works for everyone. The menu has been added taking advantage of the stage, and you can also see the players in the game while you choose the ship with which you are going to play.
The menu will only show players who are here, so it will be difficult to see it this way. But we thought it was fun to put them all here if 10 players were on the menu.
You can see here how it has been changing. There are 2 firing modes, the front and the side, the front can fire a fast bullet or a strong bullet and for the side each mouse button shoots towards each side. As you can see we have done some tests with different ammunition of fire, ice etc but we have discarded them for the moment since they could unbalance the game and it was also necessary to add some effects that could affect performance, instead we will focus on other systems that We believe more necessary such as getting some life or rewards for sinking a ship.
Here I leave some screenshots of the game you can also see the first hud we did in the photo of the crabs.   We hope to have a beta ready that you can play this week. And we will continue to report our progress here. If you have any comments or suggestions we will be happy to hear it, thank you ?
Tiny Sea beta 1.0 is available, some have already been able to test it since it has been activated since yesterday. We changed a lot of things, so this is what we have changed and added to the game this week.
I will start with this heavenly sea full of pirates.
Most of the stage has been remodeled, it has been separated into 5 areas, maintaining the general atmosphere.
Now you can fight your battles in epic places, from a beautiful beach with crystal clear waters, to a tropical jungle full of treasures, passing through a beautiful coastal town and the Tiny Fort in the forest. Or maybe you prefer the central rocky area? this is where the great battles are fought

-the size of the map, the stage is mounted on a 2x2x2 universal map and this is what a player looks like walking around here.

-The player's camera has been adjusted to the standard version of 50, there are two reasons for this.
The first is that we believe that it is unnecessary to disturb the players by changing the settings as even if this allows someone to see the stage at a greater distance, it is a game of skill so it will not affect others.
And secondly for mobile gaming you don't have the ability to set your vision to 90 so you should have the correct vision now.
Personally we prefer the 90 view to play the game on pc so you can change this from the options. You can set your field of view to 90 in the Ylands options and select the 90 camera in the Tiny Sea menu.
-Battle time has been set at 5 min so that it is also pleasant for few players. -The rotation angle has been reduced to half with which you can have a greater precision to shoot. -The firing speed of the main ammunition has been blocked, since it allowed to use the instant double click, now the double click button will be slower than the normal click. -The improvement generation system has been added, now you can find life and different types of ammunition during the game.
These are generated every 20 seconds randomly on the map.
If not collected, a maximum of 5 are spawned at the same time.
These are the characteristics of the different ammunition and improvements. * Health upgrade: recover 50% health
* Main ammo: (small bullet) deals 10% damage * Secondary ammo: (large bullet) deals 20% damage * Fire Bullet: Deals 30% damage. 20% on impact and another 10% from fire effect after a few seconds.
* Ice Bullet: Deals 20% damage and slows the enemy for a few seconds

The ammo type is indicated on the hud, the collected ammunition is kept until the player collects a different one, dies or the game ends.
-The effects of the collision zones have been improved for a better atmosphere, each type of terrain will have its sound and its specific effect, as well as some special collision that you can find.
Every time you crash you lose 10% of life, if you die in a collision zone you will not generate a reward but 1 point will be added to your score of times you have sunk. -Sink a ship now generates a Tinycoin that you can use to unlock the different ship models, this currency is generated on the map and anyone can collect it.
-Ship selection system, now the ships are locked, when a new player starts the game they will have the first unlocked model in addition to receiving 100 Tinycoins, to be able to choose if they want to unlock the next model or prefer to spend it on skins for the one they already have.
To unlock the skins it is necessary to unlock the first model of each type, this will be the most expensive, each skin will cost 1/4 and 1/2 of that value. -Access to the menu has been added during the game, now you can press "TAB" at any time and return to the menu if you want to change your ship, or pause the game.
This will take you out of the battle and reset your stats even though you will keep the coins you have collected during the game.
You can return to the game at any time and access as a new player.
If all players return to the menu the battle will end and you can start a new battle by starting again
-The effects on the ships serve as a status indicator, white smoke appears when you have between 20 and 30% life.
Black smoke indicates that the ship has 10% health.
The fire effect indicates that it is taking fire bullet damage as well as the ice effect indicates that it is slowed down by the ice ammunition.
Although this is the case in local mode it seems that at this moment they are not visible in multiplayer mode, we do not know very well why this happens since the map is maintained with a minimum amount of effects at the same time, but we will try to solve it.
-Environmental music has been added for a better immersion, for now we have a more relaxed one for the menu and another for the game that adds a bit of tension.

-The end of the game will now show the score of the battle, the number of times you have sunk and your global maximum score
The winner's name is displayed at the bottom.
The message will also appear to start over before starting a new battle
During these few remaining days, we will continue polishing and optimizing some things, and we will give it a little love for the mobile version and we would also like to have time to add something else. In any case we would like to say that we have left a lot of ideas behind and beyond the contest we will continue to expand this game, with different game modes and we would also like to work on that version for a player that has been left behind. And with all this we say goodbye until next week. Will you be the most feared pirate in Tiny Sea??