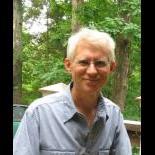 'Not enough space' for spinning wheels and stoves

In recent days I have experienced chronic problems placing both stoves and spinning wheels in Legacy Exploration; and spinning wheels in the new Exploration game. Other things such as beds, weaving looms and tanning racks place OK. The error message is 'not enough space'. In some cases I can eventually place the item if I try over and over... up to a dozen or more times may be required. In the past I have also experienced problems placing other work stations, but I haven't tried recently, so I don't know the status of those issues.