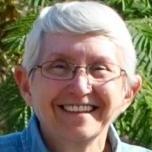 I would love to have cows and chickens added to the game. And instead of just having new animals pop up fully grown, it would great if they popped up as babies and we could watch them grow up. Also, I love the random encounters, but all of them except the traders are hostile. It would be different to have an occasional encounter where they were friendly and have a limited conversation with them. Similar to the people on the old legacy spawn islands, but a little more varied conversations. Thanks, Sandy.