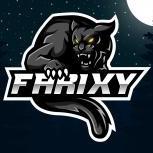 Hello! this is my first forum post (hopefully out of many).

I just found out about this game a couple of days ago and needless to say I have not been this excited about a game in years, and this is the first forum account I create for a game in over 8 years. And this is coming from someone with over 3,800 games on Steam, so I believe that should say something.

Anyways, I couldn't help but notice that a developer mentioned that people who bought the game early would receive about $45 (I think it was) worth of coyns, which of course is a hefty amount of money. And as someone who just found out about the game and therefor can't take part of that I am a bit butthurt. Now, I do completely understand why you're offering people who paid early this reward, seems like some players have been here for over 2 years which is by all means very admirable.

So I came up with an idea that I personally believe is great, though the developers concept of "great" may be a lot different haha!

My suggestion is that you offer perhaps $35 worth of coyns for people who purchase the game during the opening weekend of Steam, so for people who buy the game within the first 3 days of the games release on Steam. I think this is a great idea for a couple of reasons:

1: This would help boost sales as this would be a very generous offer, especially for a $15 game.

2: It would introduce a lot of players to coyns and the in-game store/system. A lot of people have a very negative look on microtransactions, but if they were to receive some for free they would without doubt take a look into it, and if they take a look at this games store they may realize that it's not that bad, and perhaps even be open to purchase more coyns in the future!

3: It would be a nice nod to me and others who pretty much missed on this entirely because we didn't know about this game, I would have bought this 2 years ago if I just knew it existed.

4: This shouldn't upset early buyers/backers as they would receive $45 worth of coyns will others would get $35 as I suggested.

At the end of the day this is entirely up to you developers, but I thought it could be a cool thing to do, thank you for reading!