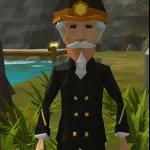 Items in bold are in my opinion, the most critical issues.

EVERYTHING WRONG WITH MULTIPLAYER