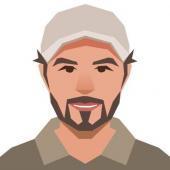 Aleš Ulm replied to a topic

Hey there, fellow ylanders! Today we’ll talk about some of the features and changes that you can expect in the upcoming update 0.7 “Cheerful Characters” - but before we do, let me just quickly share with you information about some of the issues.   Issues  Yesterday we released a patch fixing an ugly issue where sometimes players whose character died in the game couldn’t respawn and continue playing. Also on Thursday, we were able to locate and fix another very annoying issue that has only recently made it to our “Most pressing unresolved issues” list - the one where creating energy circuits could, under some circumstances, lead to the game freezing. You, the community, made fixing this much easier by providing us with the saved game and repro steps (thanks, @spliff (DayZ)). We are currently testing the fix and hope to release it sometime next week. Unfortunately, we didn’t have enough time to conclude our analysis of the remaining causes of “Host unreachable” issues, but we should be able to do so next week as well (I will keep you posted). Now let’s talk about some of those sweet, sweet 0.7 features.
Trading First thing is the trading. Gone are the days when you had to drop objects to the ground for your friends to take. Now all you have to do is - with their character focused - initiate the trade via the Radial menu and a trading window opens. There you can place what you want to give them and when both sides are happy with the deal the exchange can be made. Since 0.7 introduces NPCs, it’s only logical that you can do this with them as well. NPCs ranging from lumberjacks or smiths to painting or curiosity vendors will have objects you might be interested in and will be able to buy items from you as well. When trading with other players and NPCs you’ll be performing a barter. However, for some reason - in both the game and in real life - people tend to be rather unhappy when, for a perfect steel sword, they get something like one hundred coconuts in return. They may want something that they won’t have problems selling to someone else at a later time. Some commodity that is widely recognized for its value. That commodity in Ylands is gold. When you trade with an NPC, next to items in the trade window there is a number. It tells you how many golden pebbles the vendor is willing to give for that item (if it’s yours) or how much they are willing to sell it for (if it’s one of theirs). If, for example, the total price of the items you're after is 150 golden pebbles, you can pay with exactly that amount of golden pebbles or any combination of other items to match that.
Sailing to new ylands (just like @Whane The Whip in his catamaran) in 0.7 can result in meeting some rather interesting NPCs     A golden pebble is a stackable item just like any other. It can be crafted from gold ore or golden objects. You can, obviously, decide to store your wealth even in gold ingots, statues, chalices (or coconuts or anything else, for that matter) but their high value makes them less than ideal to be traded for cheap items. The fact that golden pebbles are solid items that occupy inventory slots introduces an interesting gameplay element. When you die you drop the gold along with other items and may lose it that way if someone else is around... You will have to think about how much you carry with you, how much to leave at home locked away ... and possibly even how much to bury or hide somewhere just in case.   Please note that it is the first iteration of this feature and we will be closely watching how it works and will be ready to make any changes necessary, so any feedback will be welcome. Also, this has nothing to do with Coyns.
And what are some other things you can expect in 0.7 ? * Based on your feedback we’ve replaced the aggressive blinking activated when player received damage with some more eyes-friendly indicator * Improvements in the crafting panel: you can now see right away how many units of the selected item can be crafted with the ingredients available and how many you already possess. Clicking an ingredient shows you its own crafting recipe. You can see what recipes you have learned recently... and more! * Some of you complained that the energy streams are ruining their beautiful houses and ships. In 0.7 those will be, by default, less obvious and become more visible once you have the Energy linker in your hand.   There’s actually much more we could talk about when it comes to 0.7 features, but let’s leave something for the next Sneak Peek. Until then you have a great time, ylanders, and stay classy!
Barrier: it won't be possible for non-owners to do terrain modifications, create or remove energy streams and paint (there will be some additional features coming in 0.8 - we're still discussing how should it work with vehicles and ships)
Larger doors: not sure yet, but it's very likely
In general, you will be seeing only a few new blocks being added to the game within the couple of next updates - not because we wouldn't be working on some (actually quite on the contrary - some great looking stuff is being created ) but because those blocks will be released with the update featuring the new world