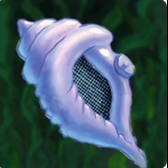 I was just curious if the Human AI are going to be given more features or anything? I just recently hopped back on the game for a long while and was shocked to see there was HUMAN AI!! OMG!

It seems that the Human AI have no awareness of their surroundings and cannot really do much then trade and given dialogue through scripting.

SUGGESTIONS (IF NOT ALREADY IN PROGRESS

1 - Human AI being able to think for themselves. (fighting nearby animals, picking grapes etc)

2 - Players being able to give Human AI commands such as following or protecting the player. (like a party system)

A good way to have it would be increasing the amount of Human NPC's on islands, along with being able to interact and given dialogue options with the Human AI. Options could consist of asking them to join your group (with a chance of declining or accepting), telling them to hold a certain position (maybe a lookout), to follow you and protect you from danger and being able to point out hostile targets (players or AI).

3 - Hostile Human AI. (I don't just mean pirate ships full of AI pirates (which would be awesome xD) but perhaps just simple tribes that actually pose a threat and add a risk factor and be wary when arriving to new islands)

The game has several animals that wander or sleep around the islands, could be as simple as copying and adjusting one of the animals intelligence scripts slightly and switching to a humanoid model along with increasing their path finding abilities. Also allowing these Enemy Human AI to have a variety of melee and ranged weapons would spice things up and add a risk to the game, for example when being chased by any animal you can just jump on a bush and they cannot touch you. You then can shoot projectiles at the animal with no risk, however having Human enemy AI with ranged weapons can change things completely.

Having Human AI that have these abilities would make this games experience AMAZING! Seeing Human AI wander through your town that you made would make this game so much more immersive and add Life to this empty game. Imagine the options of recruiting a dozen Human AI stragglers in the woods and equipping them with gear, they could protect your place when your offline, follow you as personal escort or even have a small battle with a friend or two with your AI comrades

If this stuff is already being implemented, pls share a link with info haa, curious what you guys think