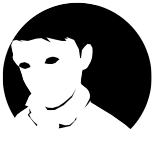 With the time i have playing Ylands so far, I have made a list in my mind of changes i believe could improve the game. One of the greater things i thought of would be to be able to lay down in a bed and set spawn (without sleeping so in multiplayer you can still do it). I feel that this change would so greatly effect this game in a positive way. There have been numeruos occasions where i am traveling on my ship, find a Yland and die, when this happens i am stranded back on the spawn island without my ship of anything i have. I really look forward to changes in this game for the better, thank you.

8 replies to this bug / suggestion