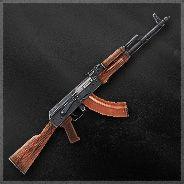 Really liking this game so far, but I have found an annoying problem.

After playing with an avatar for about an hour and then quiting to the main menu, he disappears from the island. The island selection screen tells me something like "You have no avatars on this island", this happened to me twice and the first time I thought the game somehow didnt save. So the second time I started quick saving manually very often but that didnt help since i got the same problem now. If I load the island while it says "You have no avatars on this island" it automaticly creates a new character for me while losing all the stuff I had in the iventory with the previous character. I should add that I have 2 different islands, and the character of my "active" island disappears while the other doesnt.

So basicly after cutting down that tree (or after picking up the loot of the tree), I suddenly couldnt use or scroll between my tools. I fixed this exact same issue yesterday by going back to the main menu and reloading the island, but apparantly this doesnt always work and there is a risk of losing your character.