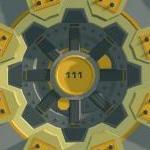 Hi guys, I appear to have just lost my ship to a pretty nasty glitch. Naturally its exceptionally frustrating as it had all of my kit, and rare equipment on board. Now all gone!

I paid a visit to my regular polar headquarters and suddenly my ship -and me- appeared to have spawned bellow the seabed and falling. After a few seconds, I spawned on the island coastline. My ship however, was gone and couldn't be re-summoned. It was as if it had simply never existed. Has anyone experienced any thing similar?

14 replies to this bug / suggestion