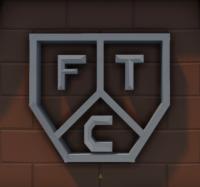 Founded in 2018 and operated by Deadeye_Rob ⟨AKA FlintlockRob⟩, The Flintlock Trading Company models itself after the historical East India Company, which existed as far back as the early 1700s. The FTC is a collection of dedicated Ylanders who wish to be part of a close exploration community that also respects individual creativity. The FTC tries to advertise itself as a friendly organization engaged in trade, establishing friendly ports and colonies as well as providing assistance to emerging players. We also incorporate our own Company Uniform and Monogram as a means of promoting ourselves and our interests. We look forward to hearing from you in the future! CLUB PAGE UNDER CONSTRUCTION